Deadicated to Ron "Pigpen" McKernan, the Grateful Dead keyboardist from 1961-1972. My favorite image is on the top of the box, where Pigpen's face is projected into the stage lights above the Boys. Featuring lightning bolts running down the front sides, Pigpen's gravestone, two Pigpens on the front, the city of San Francisco under a full moon, Pigpen on horseback, and a handful of secrets to play your heartstrings. The Phil Lesh quote reads, "If I could have one wish in the world, it would be that Pigpen could still be with us. I think I can safely say that we all miss Pigpen." Turn your lovelight on and keep it on! 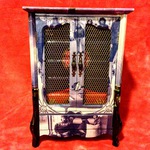 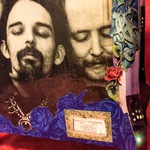 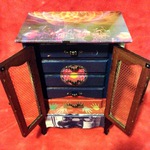 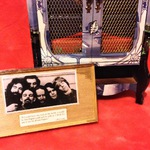 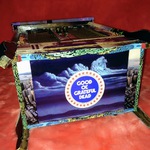